Are Blundstones Good for Hiking? 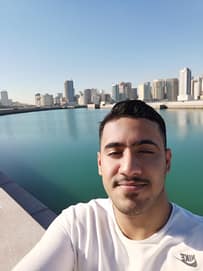 My vision of a better world is one where more People are empowered, brave, and confident in their abilities. Where we explore other cultures, spend more time in nature, and come to love our world more.

Solo traveling and hiking is the best things I've found to promote these qualities.

Learn more about me here.

Blundstones, or “Blunnies” as they’re often affectionately called, are
one of the most popular and common boots you’ll see around the world, especially in mountain towns or on outdoorsy people.

I lived in an East Coast mountain town in the US for a long time, and it was hard to go a day without seeing one or two pairs. Since the classic silhouette works for both genders, and they look so beautiful, they remain extraordinarily popular. Some friends and I even made a game counting how many we’d see when out and about (The winning record was 12 pairs!).

If you love to hike, mountain bike, climb, or pursue other outdoor sports, you’ve probably wondered if Blundstones would make a good hiking boot. You’re in the right place to learn!

I’ll be focusing on the Blundstone Classic. This is the company’s modern version of their Blundstone Original boots. They’re made with more comfortable features and durability.

If you want a Blundstone boot that will hold up to mild hiking and outdoor wear, this is your best bet. If you’ve spotted a pair of Blundstones in the world, chances are they were the Classics. These are the quintessential model of form meeting function in a fashionable, durable boot.

Table of Contents
Blundstone History
can You Hike In Blundstones?
Why won’t they work?
What features do Blundstones have?
What can they handle?
I only have my Blundstones with me, how can I make them work?
Are they worth the cost?
Pros and cons of Blundstones
References

John Blundstone began making boots in Hobart, Tasmania in 1870 to create footwear that held up to the rugged Australian terrain, factory floors, and casual wear. The boots quickly gained a reputation as an all-around powerhouse. Blundstone has supplied soldiers, mountaineers, workers, and casual users since its 1870 debut. They even supplied the Aussie army during the world wars.

During the 1930s the Blundstone company was purchased by the Cuthbertson family, who were already associated with quality leather and footwear. They still own the company. In the ‘60s, the company introduced the #500 boots, and the slip-ons quickly became their most iconic and sought-after product.

Over 25 million of the #500 series have been sold! In 2007 they relocated manufacturing to other countries, primarily India and Thailand. While many Aussies took the blowhard, this move is credited as what made the company so successful in modern times. 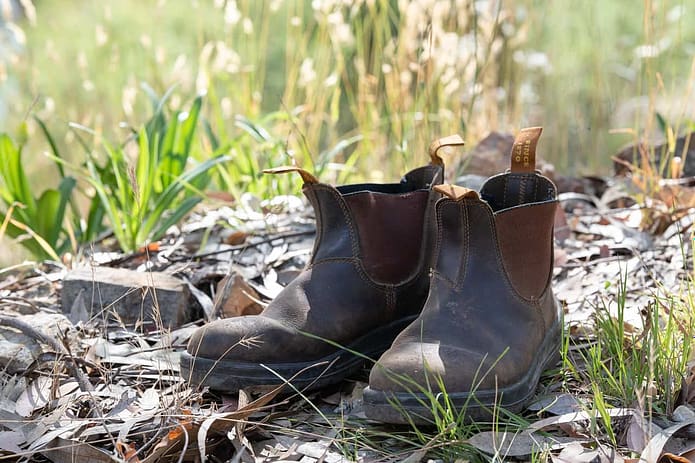 These days the company is often seen as a lifestyle brand, but Blunnies are still used by blue-collar workers, outdoor lovers, and anyone seeking a tough pair of boots.

While no longer manufactured in Australia, they remain an iconic product for those who want versatile, practical footwear. The company has kept the tagline “Designed to be lived and worked in” since the 1800s, and that remains as their goal in each product.

can You Hike In Blundstones?

The short answer is no, you shouldn’t hike in them. Blundstones will perform fine on a short 5 mile hike, impromptu hike on an easy trail that’s well maintained. Beyond that, it’s a stretch. If you want a boot that can take you on rocky, wet terrain, or long hikes and backpacking trips they are not an ideal choice.

They are not designed as hiking boots, so they won’t perform as well compared to many hiking-specific boots out there.

Some people will swear by their Blundstones as a hiking boot, but the ideal footwear for your personal uses will vary. If you put in long hikes or enjoy uneven terrain, it’s in your best interest to invest in a boot designed for that goal.

If you suddenly find yourself on an unplanned hike with friends, your boots will hold up just fine, but your feet may suffer. I would recommend that you only wear them on hikes below 3 miles.

Mellow terrain or well-kept trials won’t cause you problems, but the lack of support and traction will begin to show beyond that. A consistently maintained park trail or casual amble in the woods won’t cause any problems.

Once you venture into challenging terrain and longer hikes, you’ll begin to notice a decline in performance compared to many boots.

Why won’t they work?

Despite the upgraded features, the boot still isn’t not a good choice to hike in. Just like the Doc Martens A day-hike won’t hurt in them, but you’ll just probably want a more suitable choice after a while.

Hiking-specific boots are made to provide ankle support, traction, and durability.

Blundstones are durable since they work boots, but can’t compete with a hiking boot when on the trail.

The fact that Blundstones are a slip-on boot is a draw to many, but that’s a detriment when hiking. The boots will slip on your foot since they don’t have laces to secure them.

The elastic siding of the boot and ankle height means that beyond shallow stream crossings, your feet are probably going to get wet.

They’ll keep the rain out well, but if trekking lots of streams and rivers you should seek out a boot that’s higher up your leg.

They also have little ankle support, so carrying a load or uneven trails can mean a higher chance of a sprain.

While better than a sneaker, a dedicated hiking boot is far more supportive for your ankles and joints.

What features do Blundstones have?

The Blundstone classic has several features that make it such a tough boot. A water-resistant leather upper will keep your feet dry and warm, even in snowy or wet conditions. Each pair comes with 2 sets of insoles so you can find your perfect fit.

The sole features the “SPS Max Comfort system”, specifically designed to reduce the shock to your joints as you walk. Elastic siding and pull-on tabs make the boots easy to take on and off quickly.

The “TPU Outsole” is tough and provides traction for everyday use. These features make them wonderful everyday boots, but they still lack the specific qualities of a hiking-specific boot.

The double-stitched, durable, premium leather means they’ll hold up for a long time after purchase. You won’t see a decade of use like some higher-end boots, but a few years of hard use is definite.

What can they handle?

Even though they aren’t a choice hiking boots, it’s better to wonder what they can’t handle. Whether in snow and rain, walking along beaches, or city streets, the boots will keep you going.

The ideal temperature range to wear them sits between the 80-degree mark, and somewhere below freezing. In hotter climates, you may face breathability issues, and in the lowest temperatures, the lack of insulation will begin to be noticeable.

Many modern boots are designed to appear like a tough product, but there’s no doubt that Blundstone boots are heavy-duty. Those who need convincing need to look no further than the long track record of working men and women who choose them time and time again. Blundstone’s history of hardscrabble work and play means there’s no need to coddle them when it looks grim outside.

I only have my Blundstones with me, how can I make them work?

Since Blundstones are an all-around product, you could easily get caught in a situation where you only have this boot with you. To avoid excess slipping or blisters, seek out a thicker hiking sock so they fit a bit tighter. It’s also imperative that you size the boot correctly if you plan to wear them on treks.

The versatility means that Blunnies are a go-to travel boot, but make sure to plan ahead for any long walks to prevent being stuck with poor footwear for your desired goal.

You wouldn’t wear a pair of climbing shoes mountain biking, the same idea applies to these boots. Avoid difficult hikes if possible. While it’s not smart to do any mountaineering, backpacking, or tough outdoor sports, in a pinch your Blunnies will work just fine.

Are they worth the cost?

Blundstones are no small investment, but their versatility means that they are a reasonable purchase for many. If you like fashionable Chelsea boots that you can use for damn near everything, then they may be the product for you. Each pair features a Goodyear welt, meaning the sole can be replaced.

If the upper of your boot remains intact, then most cobblers can replace the sole and give you some extra time with a well-loved pair. If the price tag makes you squirm, research recrafting and keep in mind the extended lifespan can make the initial investment worth it for many users.

For the hardcore, you have to keep in mind that this is not a boot designed to hike in. The popularity of Blundstones almost makes them seem like the perfect purchase, but that can’t make up for a product that isn’t designed for your intended use.

More serious hikers should research boots designed to be put through the wringer, keep your feet safe and comfortable, and feature laces, better traction, and provide ankle support.

If you’re a casual hiker who avoids rocky, hilly, or rough terrain then it’s reasonable to consider them as an option. Those who want a boot to do it all don’t need to look any further.

If all your friends wear Blundstones and you just have to have a pair, then weigh the lack of hiking features.

You’ll probably end up with a few blisters and a chance of a sprain, but the boots themselves will hold up to whatever you throw at them. Nobody can tell you which boot will work best for you, so trust your own judgment!

Pros and cons of Blundstones

Overall, Blundstones are a great boot, and there’s a reason they’re so popular. For mild hikes and unplanned adventures, your Blunnies will work great. If you plan some tough treks and long hikes, they are not the ideal choice. It’s always best to buy outdoor products that fit your needs.

Blundstones are extraordinarily versatile, tough boots, but on a hike, their fashionableness and versatility aren’t going to prevent blisters, wet feet, or a rolled ankle. A beautiful boot is a bonus, but that shouldn’t factor in when you’re seeking performance in dangerous, difficult, or wild terrain.

I encourage you to research other styles for hiking boots, but you can always rely on your Blundstone boots once you head back into town after an adventure.

For more detailed guides and references, read my other posts:

Why You Should Hike In Toe Socks

Why Do Hiking Boots Have Red Laces?

What To Wear On A Hiking Date